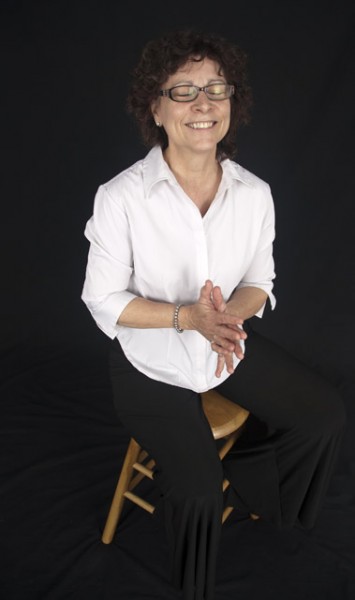 Kara began in West Palm Beach, Florida in 1957 but didn’t spend a whole lot of time there. Being born into an Air Force family, she moved progressively further west across the country ending up in southern California at age 13. A lot of years were spent along the coast, from LA to Santa Cruz to San Francisco; 9 years in SF, then up to the Sierra Nevada foothills in 1989.

In high school she discovered drama and dance, undoubtedly to try to overcome acute shyness (wasn’t a real successful endeavor but it was invaluable to do anyway) , then there was singing and then more theatre and contact improvisation in college (some progress here with the whole shyness thing). Writing too – prose, poetry – mostly ‘thoughts while living’. The desire to paint grew over the years and stayed strong until in 2003 she at last began laying paint to canvas. Whew. Finally something that opened her up and she was able to stay there. She gave up shyness as a way of life and accepted it as just a small part of her character and got on with it.

A quote from one of Mary Oliver’s poems really says it all:

“One day you finally knew what you had to do, and began.”
– from The Journey

Why do I paint?

“Every painting presents the question, how do I paint what I see? I find more and more that any ideas I have when I start are usually best put aside. My mind will probably never know beforehand what will happen in a painting, at best the ideas form a loose framework. It’s a constant dance of intent and letting the mystery unfold. Usually it’s the mystery, not knowing how this stroke, this line or this color will turn out but forging ahead anyway, that proves to be most intriguing and also hardest to do. My favorite paintings happen when I can let that mystery take the lead.”

And also, it tickles me no end. I love doing it, and I don’t know why beyond that it makes me feel really really really great. And when someone likes a painting, it’s icing on the cake. And I like cake too.

My name, Kara Asilanis, can be translated to ‘black lion’ and thus, Black Lion Art was born.

I grew up Kara Asselanis, and knew from early on the story of how when my grandfather came over from Greece thru Ellis Island, the immigration officials told him he would spell his name ‘Asselanis’. As it turns out, the correct spelling translated is ‘Asilanis’. When it came time to decide what name I wished to be known as it seemed the time to reclaim what was true of our name and use it’s correct translation. I know I was always proud to be part of the relatively small number of Asselanis’ in America and still am, and now we are also here as Asilanis.

Originally our family name was Aikaterinis, but a great great grandfather of mine was known for being a fierce fighter in numerous battles between the Turks and the Greeks in Greece’s fight for freedom under the Ottoman Empire; he was dubbed “El Aslan”, or The Lion, by the Turks. He adopted it as the family name and we became Asilanis.

And there you have it.